COMMERCIAL OPERATIONS IN TURKEY: ASSESSING EXPOSURE TO ISLAMIC STATE, AL QAIDA, AND OTHER ARMED GROUPS IN IRAQ AND SYRIA

A review of Islamic State and al Qaida-related activity in Iraq and Syria provides insights on cities, banks, and business sectors in Turkey at greater risk of exposure to illicit commercial and financial transactions. Islamic State and other armed groups that control or profit from oil fields and oil trade in Syria and Iraq generate revenue from sales to Turkey-based consumers and middlemen, according to government and media reports. Turkey has also been identified as a transit point for foreign fighters and as a fundraising hub for relief operations that have been associated with al Qaida.

“To disrupt the market in oil derived from ISIL-controlled fields, we will target for financial sanctions anyone who trades in ISIL’s stolen oil… The middlemen, traders, refiners, transport companies, and anyone else that handles ISIL’s oil should know that we are hard at work identifying them, and that we have tools at hand to stop them….”

US Treasury Under Secretary for Terrorism and Financial Intelligence, David S. Cohen

Turkey has been identified as a primary export market for oil trade in which Islamic State maintains a financial interest.

Illicit fuel exports to Turkey have been purchased by smugglers in cash on the Turkish side of the border and then distributed from the border areas by smuggling networks into the interior of Turkey, according to regional reports.

Islamic State-related oil smuggling appears concentrated in a number of key provinces and border cities in Turkey, according to a review of available public reporting. Banks that maintain operations in these areas could be at increased risk of exposure to this illicit smuggling activity.

Turkey-based buyers of Islamic State-related oil are reported to include factories, gas stations, and refineries.

US-led airstrikes have diminished Islamic State’s capacity to produce oil, according to US assessments. Revenue estimates are still significant, however, despite reduced output and below-market pricing.

Militants travel to the Syria-Turkey border in the Hatay province of Turkey. According to a UN Security Council report, at least 15,000 foreign fighters have travelled to Iraq and Syria in recent years. (Source: The Guardian)

In September 2014, the US government designated a number of Islamic State and al Qaida-affiliated facilitators active in Turkey. Operatives associated with Islamic State, al Qaida, and other armed groups have run logistics activities from Turkish border areas — servicing battlefronts in Syria and Iraq, according to a body of public reporting. Banks in certain border cities may be at increased risk of exposure to supporters of Islamic State, al Qaida, and other armed groups, who seek to access or move funds at local bank branches or ATMs.

In September 2014, the UN Security Council adopted a foreign fighter resolution demanding that countries take aggressive action to stop the flow of foreign fighters. As of late 2014, the Turkish government reports that it has increased surveillance of travelers at airports, bus stations, and border crossings as part of disruption efforts targeting foreign fighters. 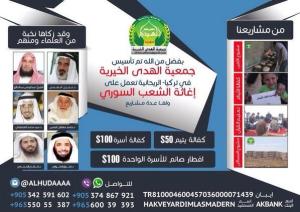 Relief organizations and fundraising campaigns operating out of Turkey have been tied to supporters of al Qaida and other armed groups. A number of these organizations openly list their Turkish bank account information on social media and websites. A number of the listed banks maintain correspondents with banks in the US and Europe.