Published by The Camstoll Group, November 4, 2014

A review of the US designation of Asia Bank provides insight on financial sector exposure to Russia-based Iran risk, particularly with respect to Iran’s demand for foreign currency.

On August 29, 2014, the US government sanctioned Iranian-owned Asia Bank for providing financial services to the Central Bank of Iran. Asia Bank, formerly known as Chemeximbank, is based in Moscow. The designation of Asia Bank marks the first time that the US has sanctioned a Russia-based financial institution under Executive Order 13622 –– which prohibits certain financial dealings with Iran.

E.O. 13622 prohibits foreign financial institutions from providing services or conducting financial transactions with the Central Bank of Iran, National Iranian Oil Company, or Naftiran Intertrade Company, and bars the purchase or acquisition of US banknotes or precious metals by the Government of Iran. The authority also prohibits foreign financial institutions from purchasing or acquiring petroleum or petrochemical products from Iran.

In 2013 and 2014, Asia Bank entered into a number of interbank lending agreements with Russian and European financial institutions, according to its 2013 annual report and website.

In April 2014, Asia Bank established the Moscow-based Banking Alliance –– a “non-commercial partnership” of mostly Russian banks. The stated objectives of the Banking Alliance are to: (i) increase access to international capital markets for syndicated transactions; (ii) carry out joint ventures; (iii) establish a common platform of banking services and products among member banks; and (iv) enhance income through joint transactions.

Atlas Bank is one of Montenegro’s leading business banks. Originally established in 2002, Atlas Bank opened a Moscow office in 2008.

Asia Bank officials converted over $13 million of US dollar bank notes and facilitated their delivery from Moscow to representatives of the Government of Iran, according to the Treasury Department. Asia Bank officials coordinated the deposit, conversion, delivery, and payment of the US dollar banknotes. In 2013, Asia Bank attempted to set up correspondent and other accounts for US sanctioned Export Development Bank of Iran and Bank Tejarat. 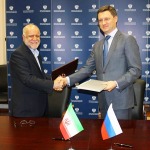 Moscow and Tehran have signalled their intentions to expand commercial ties, with bilateral trade levels currently estimated at $5 billion per annum. Along with his role at the bank, the board chairman of Asia Bank promoted Iranian-Russian relations.

Founded as Asia Bank in 1995 and renamed Chemeximbank in 1997, the institution returned to its original Asia Bank name in April 2014, according to Asia Bank’s website. The ownership and senior leadership of Asia Bank have remained the same through the name change.

Founded in 1995, by a group of petrochemical companies, Asia Bank is a full service bank with “extensive experience in international projects.”

The bank operated approximately 400 corporate and individual accounts as of early 2014, according to its annual report. Asia Bank does not list any branches outside of its Moscow head office. Asia Bank describes its corporate lending division as providing “all types of lending” and a “full range of credit facilities.” Asia Bank engages in trade finance activities, to include letters of credit and bank guarantees.